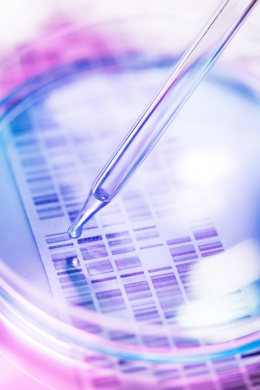 Genes related to breast cancer development now include ATM, CDH1, CHEK2, PALB2, PTEN, STK11, TP53, NBN, NF1, in addition to BRCA1 & BRCA2.  All of these genes have a different penetrance level, there are varying percentages of risk.

Cancer genetic panel testing also include the genes for cancers affecting colon/gastric, pancreatic, prostate, melanoma, ovarian/uterine and others. Most genes affect more than one body system.

The American Society of Breast Surgeons (ASBS) published a consensus statement in 2019, stating all women with a diagnosis of breast cancer, regardless of age should be genetically tested.  For those women who were tested previously only for BRCA1 & 2, they should be offered updated panel testing.  It is felt that of the 10% noted above, only half of those were being identified due to the restrictive insurance company policies.  You can see the complete consensus statement at https://www.breastsurgeons.org/docs/statements/Consensus-Guideline-on-Genetic-Testing-for-Hereditary-Breast-Cancer.pdf.

Genetic testing is offered locally at the cancer treatment centers, as well as the breast centers, and some primary care offices.  Samples of either blood or saliva can be submitted for DNA sampling.

If you were tested for BRCA1 & BRCA2 only in the past, check with your physician about having expanded panel testing.

Genetic testing results fall into three categories:  A positive/pathogenic variant, a negative result and then variants of uncertain significance (VUS).

Costs have decreased dramatically as well.  $4,000 was a commonly billed amount in the past.  Some companies will provide testing for $250 or possibly less.  There is significant market share competition with the various testing companies, each have their own offers.

Health insurance providers are prohibited by law from discriminating against patients with a pathologic genetic variant.  This same protection is not available for life, disability and long-term care insurance.  When a patient is seeking genetic testing and has not had a cancer diagnosis, it is recommended they have these insurance policies in place before testing.  Not disclosing genetic testing results on applications is fraud, a criminal offense.

There are reports of Medicare fraud, where patients are contacted unsolicited, usually by phone, telling them because they have had breast cancer, they can be tested from home.  These fraudulent callers already have the patient’s Medicare number and other demographic information.  If the patient agrees, a kit is sent to them, once returned, some do get a report.  But there are instances of Medicare paying for the testing, but the patient never receiving a report.  The Office of Inspector General (OIG) has open cases regarding this fraudulent activiety, including locally.

The recommendation is to always have your testing with a medical provider.  Do not accept phone calls offering testing.  The genetic/ancestry testing that is commercially available is also not recommended as those labs are not accredited with Clinical Laboratory Improvement Amendments (CLIA).